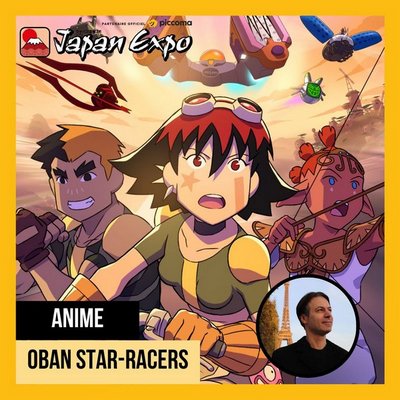 Oban Star-Racers continues to celebrate its 15th Anniversary and the upcoming release of the series’ bluray , this time at the famous Japan Expo, that Oban’s team already attended in 2002 and 2007.

Savin Yeatman-Eiffel, the series’ creator, will take part in a large number of events, the detail of which you’ll find below, including signing sessions (“dédicaces”), a masterclass, an Oban conference, a smaller Q&A session (“échanges avec le public”) with the audience, and a large screening (“projection”) of HD episodes for the first time in Japanese ! 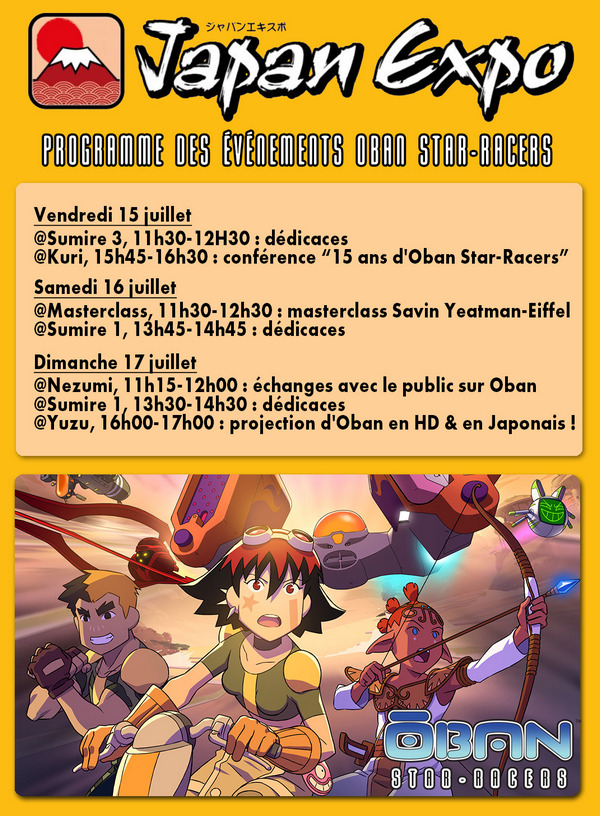